Mel Frank's Vintage Cannabis Grow-Op Photos Remind Us How We Got Here
Open a larger version of the following image in a popup:

Long before most people realistically thought cannabis would be legalized, Mel Frank co-authored a quintessential 1978 book on how to grow pot called The Marijuana Grower’s Guide.

For decades, the 73-year-old has been mainly concerned with cannabis chemistry, botany, breeding, and growing. Those are the subjects still at the forefront of his brain when we called Frank to talk about about his debut photography show, When We Were Criminals, at M+B Photo in Los Angeles.

But it was never his intention for them to wind up in an art show. 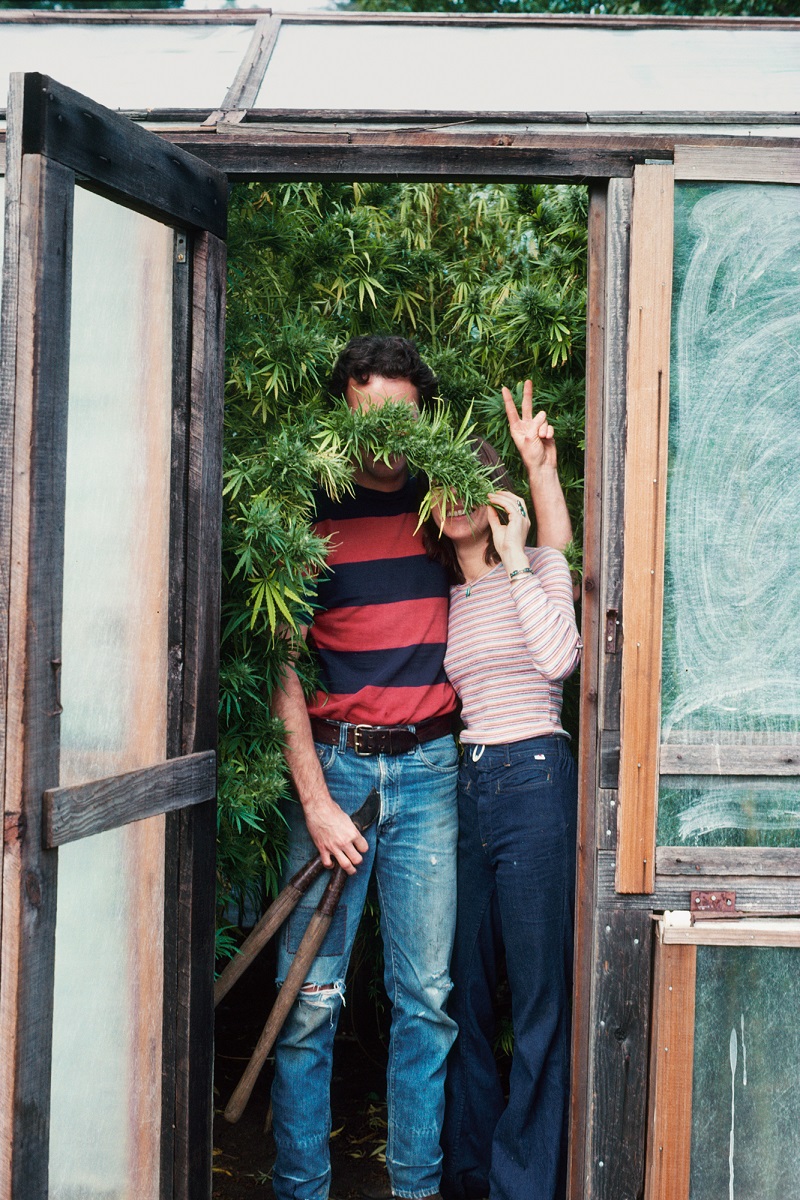 “Most of the stuff I was doing was to show something that would be shown in a book,” Frank tells Lift & Co. on the phone from his Mount Washington-area, L.A. home.

“A lot of it is stuff like how to prepare your soil, how to pollinate a plant—things that aren't necessarily things you'd put on your wall. But along with that, I made a sincere effort to take nice shots of beautiful buds. Different ones, landraces. And also of fields, just to be able to show in a book or an article how some of these things are done. So the aesthetic of it, yes—of course there's an aesthetic to taking any of these shots. But a lot of them were just pragmatic kinds of shots. Practical shots to illustrate something.” 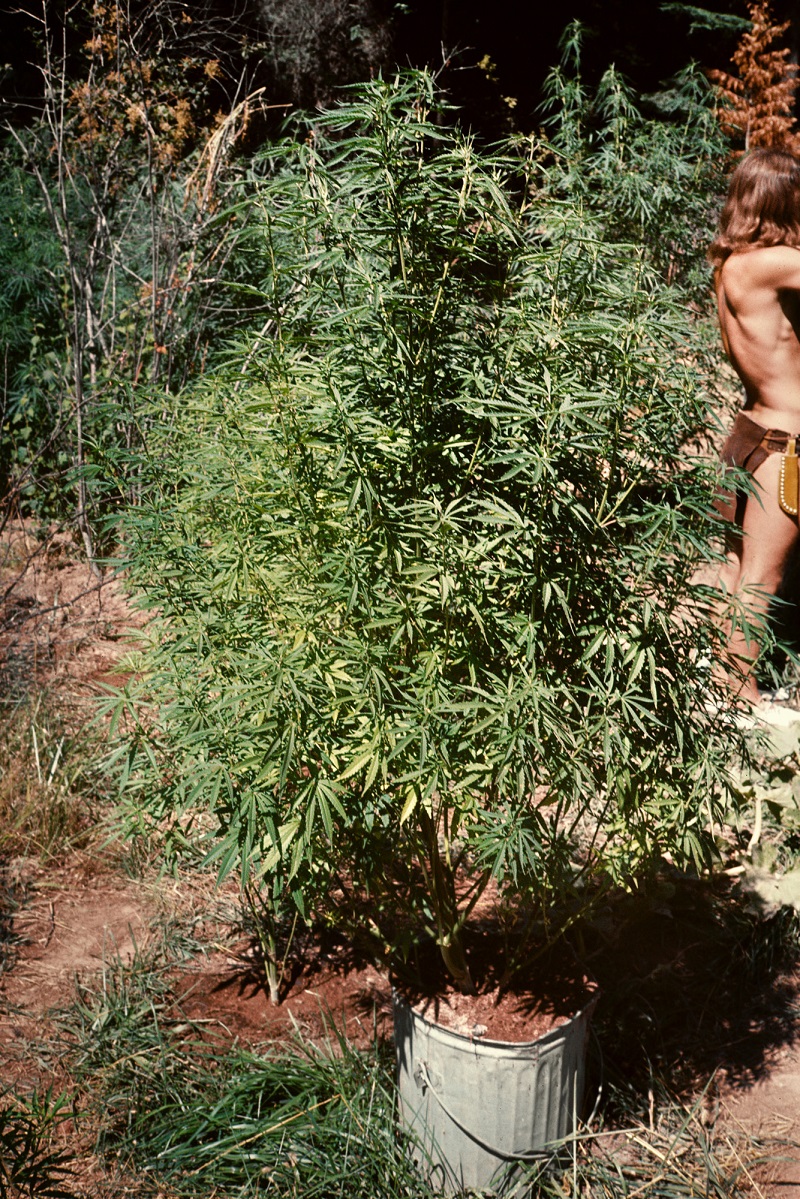 Nevertheless, the show’s selections from Frank’s photography border on an otherworldly dreaminess. The close-ups of plants and photomicrographs of specific components, like resin glands or anthers, contain a living, alien softness. His photographs of people—with their faces obscured by leaves or branches, heads cut off by the frame, looking away and unidentifiable—are deeply personal and yet mysterious. After all, to identify the subjects supplying the black market would have been dangerous. (Originally, Frank liked the title "Not A Face To Be Seen" for the collection since, well, there’s not a face to be seen.)

Frank’s photomicrographs are hazy and mellowing, warm, and sometimes, in the creator’s own words, “sexy.” It’s hard to argue with him. The first one he ever made is in the show. Making the image with the illumination coming from underneath would have washed out the colour, so he devised a different way. 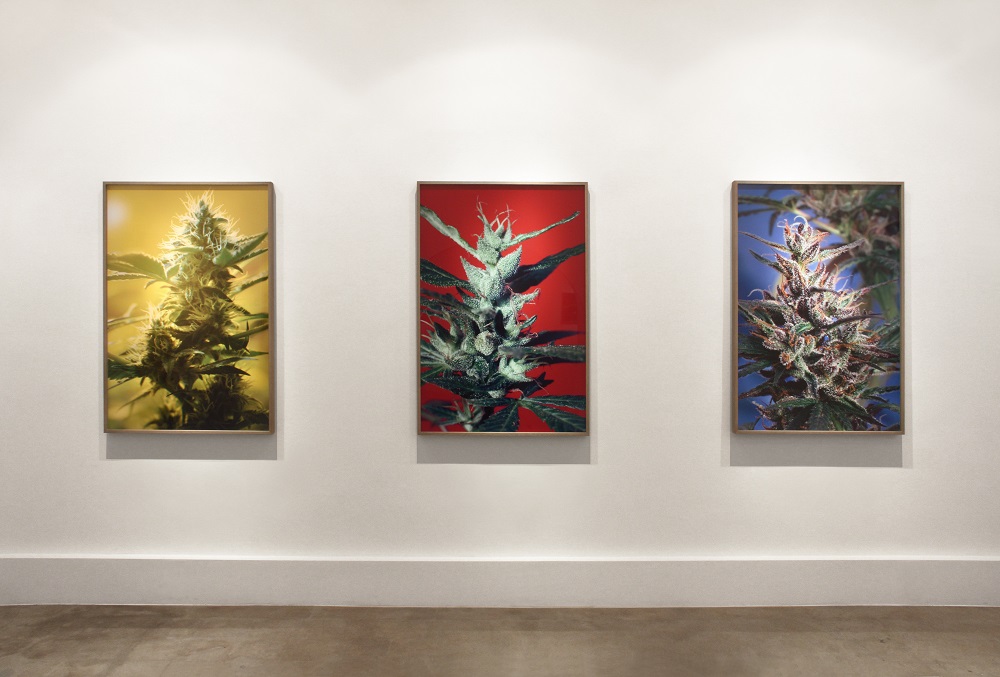 MEL FRANK 'WHEN WE WERE CRIMINALS' EXHIBIT, M+B PHOTO, Hollywood

“The very first roll I took, what I did was put a roll of red construction paper down, and waited until the sun was high enough to give me direct illumination on the object,” he says. “And I took the shot, and in fact, the red photomicrograph of the sinsemilla tip is the first shot I ever took, and it came out perfectly…

Frank says the show’s set-up gives viewers a sense of what growing back then was actually like, with the high-detail photomicrographs offset by fields of vivid green plants with the sun shining down on them; serene indoor grows; people passing joints around and working on their crops. Indeed, the collection builds a beautiful verdure, one where the irony of the collection’s pseudo-sinister title is blindingly clear: why was something that seems so sweet, simple, and quaint ever outlawed? 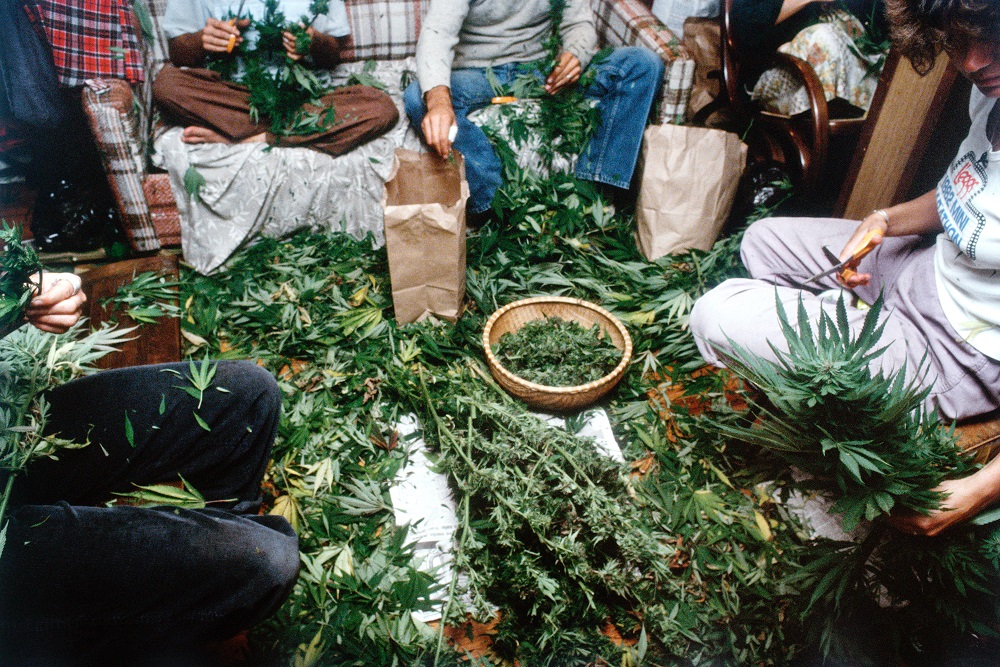 This is also cannabis, in all its glory, through the eyes of Mel Frank. If you can feel the love in these photographs, it’s because Frank truly loves growing weed and everything that comes with it—the chemistry, the botany, the logistics of making it work in a small apartment, the ways that plants mature and the journey along the way.

But of course, the show is also inherently political.

When I ask what photo in the show he feels the strongest connection to, he immediately mentions one of a woman named Tanya, shot in a field of sun-spackled Durban Poison in 1979. He says Tanya’s neighbours were all getting busted by helicopters at the time, so she cut down her plants and hid them in the forest. “It saved her entire year of growing,” Frank says. “She was the only one in the area who got anything in that year.” 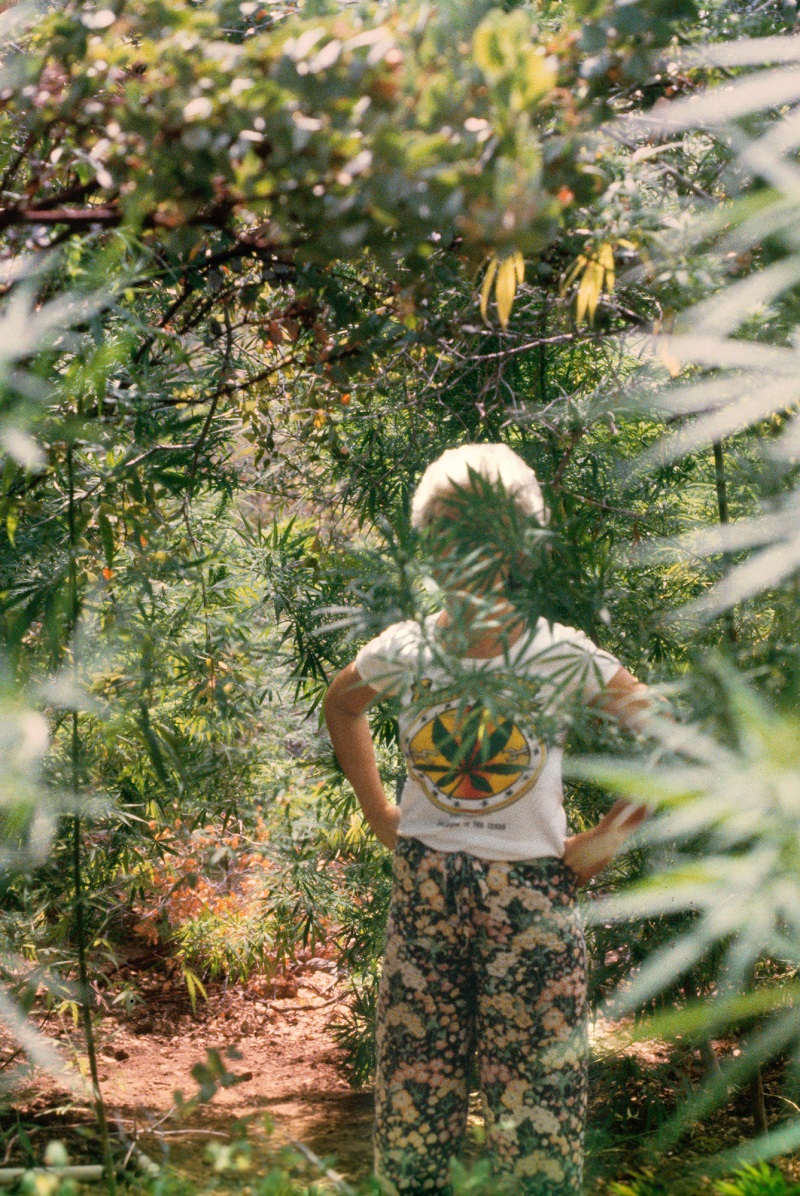 Beyond its aesthetic beauty and educational relevance, When We Were Criminals is a reminder of how far the cannabis community has come since Frank wrote his book on growing. And the fact that the title is written in past-tense is evidence that attitudes toward marijuana are finally moving in the right direction.

When We Were Criminals runs at M+B Photo in Hollywood until June 9.