In Pictures: The grit and glamour of Californian hip hop
Open a larger version of the following image in a popup:

From Snoop Dogg and Tupac to A$AP Rocky, photographer Mike Miller has spent decades documenting the world of West Coast hip hop. ‘I was in a drive-by shooting a couple of years ago,’ he tells Miss Rosen. ‘LA is not as safe as everyone thinks.’

A fourth generation native of Los Angeles, photographer and director Mike Miller has been repping the West Side since the early ’70s. His story reads like a Hollywood film: a young upstart who went on to find his calling in art – with no less than supermodel Linda Evangelista gifting him his first camera, a Nikon F2, formerly owned by Peter Lindbergh.

Yet it’s not the gloss of high fashion for which Miller is best known. Instead, it’s the grit, glory and glamour of the LA hip hop scene – a legacy that’s being celebrated in new exhibition California Love, currently on view at M+B Photo in Los Angeles.

Growing up in Hollywood, Miller and his brothers got into enough trouble for his mother to pack the family up and head out to Santa Monica when he was 12. Living on the beach changed his life. “I wanted to be a director, with no clue how to get there,” he recalls. “Some of my neighbours were big producers and they put me on at Warner Brothers and Fox Studios when they started as 20th Century Fox. My friends from the beach were 50, 60 years old and I was like 15 but they were my bros. We connected on different levels because back in the day, that’s the way it was.” 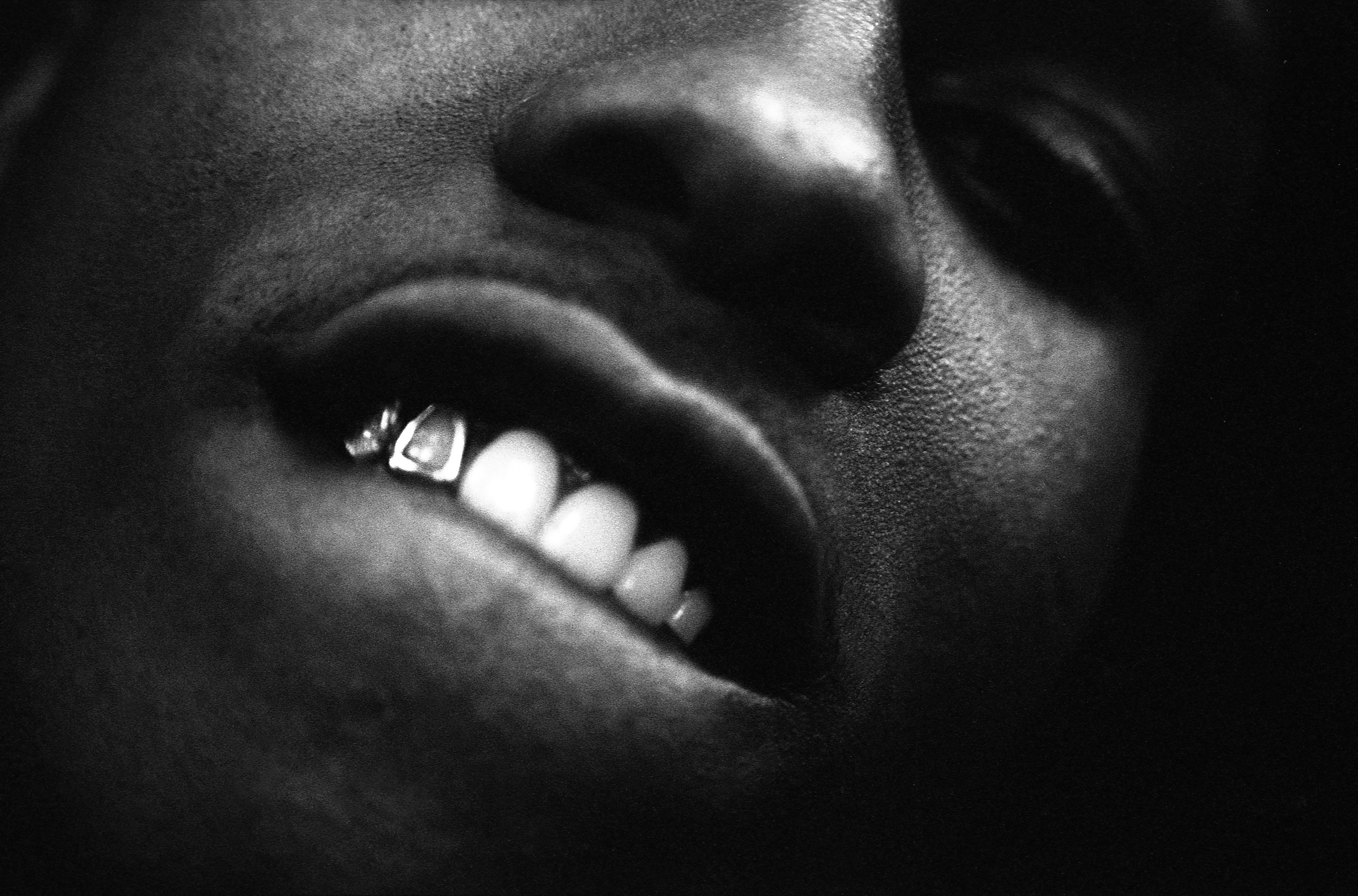 Miller was a skater, surfer, and a punk – back when LA was far seedier than most people recall. “Venice, where I grew up, was the murder capital of the US when I was a kid,” Miller remembers.

“I had tattoos early on, and rode motorcycles as a kid. I was going to punk clubs like Whisky a Go Go and the Palladium. I was scared to death but I went. It was gnarly as a 13-year-old, sneaking into clubs and seeing Nick Cave. Everyone was all out of their mind like the walking dead. It was weird back then, and I was in the middle of it. My cousin was hooked up with Dogtown, and that was the way we grew up. Now it’s like a lifestyle but back then we invented it as we went. We were very rough.”

It was into this milieu that hip hop found a natural home. Miller used to catch new songs breaking on KDAY, the R&B radio station that began breaking rap music in the early ’80s. He became deeply involved in the scene, when, after returning from a stint in Europe, he joined Herb Ritts’ photo agency, Visage. 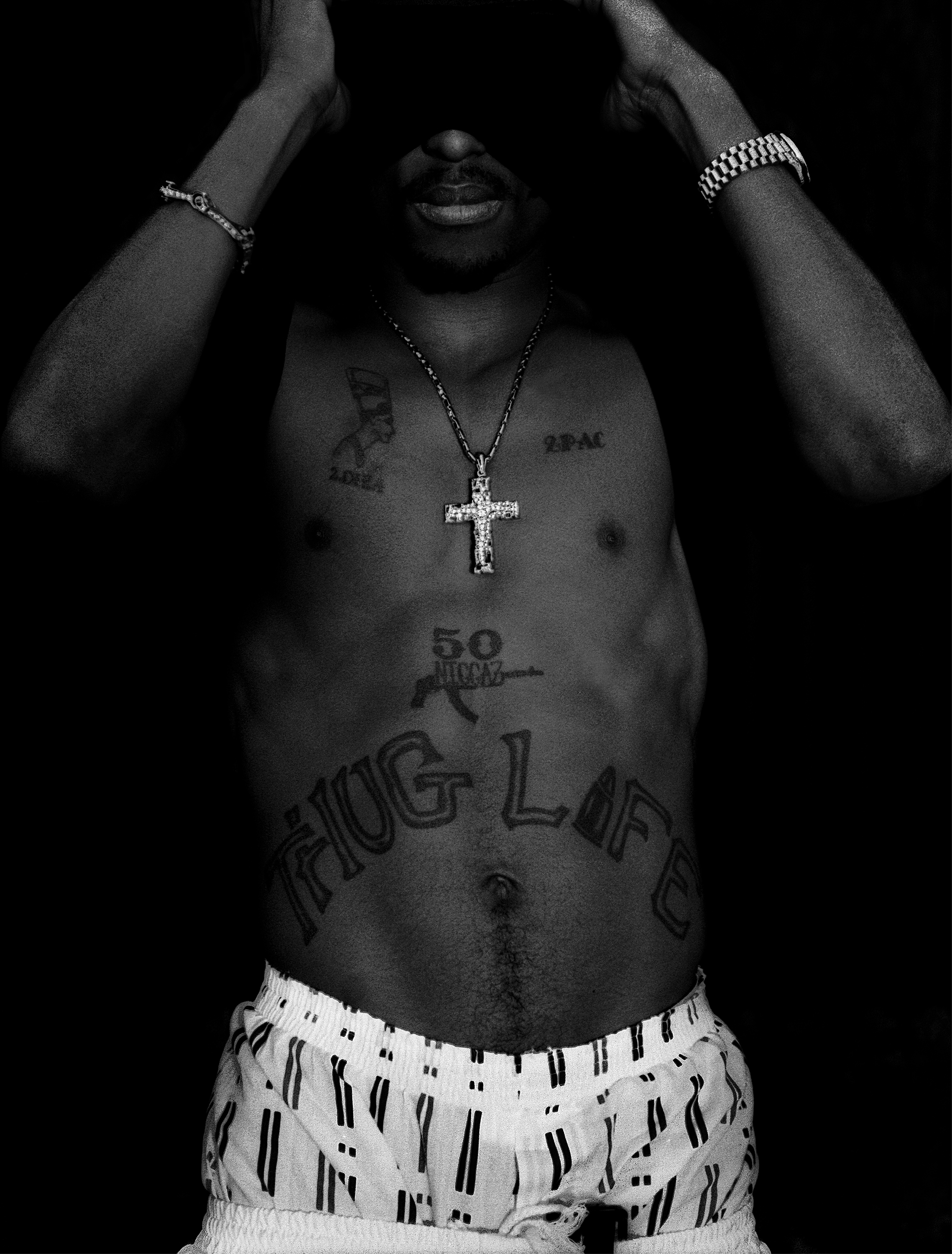 Miller’s agent soon began to get assignments for the young photographer to cover the scene – back when the media started using the term “gangsta rap” as a dog whistle in a notoriously segregated industry. “Hip hop was making all the money for the record labels, and the record labels wanted nothing to do with them,” Miller says. “They would send me out on shoots with no art directors or any kind of direction. They’d say, ‘Mike, just go do what you do. You can deal with these guys.’”

Miller learned the ropes from his father, a native of East LA, who taught him how to fit in, how to dodge and weave, and how to operate in some of the toughest hoods in the city.

“I would take every rapper to really scary neighbourhoods,” Miller says. “A lot of times I would show up early before anyone woke up. That was my trick to get great locations. Nighttime is always more dangerous. I was in a drive-by shooting a couple of years ago. I was at a house in Compton filming a documentary for Def Jam and we all got shot at – no one got hit. Things go down still, it’s not as safe as everyone thinks.”

These days, Miller is still deep in the mix, shooting everyone from A$AP Rocky to YG. “These young kids, their egos are powerful,” Miller notes. “But some of the old dudes that were like that, now that they are older, they are cool as can be. It’s funny how we all get more humble as we get older.” 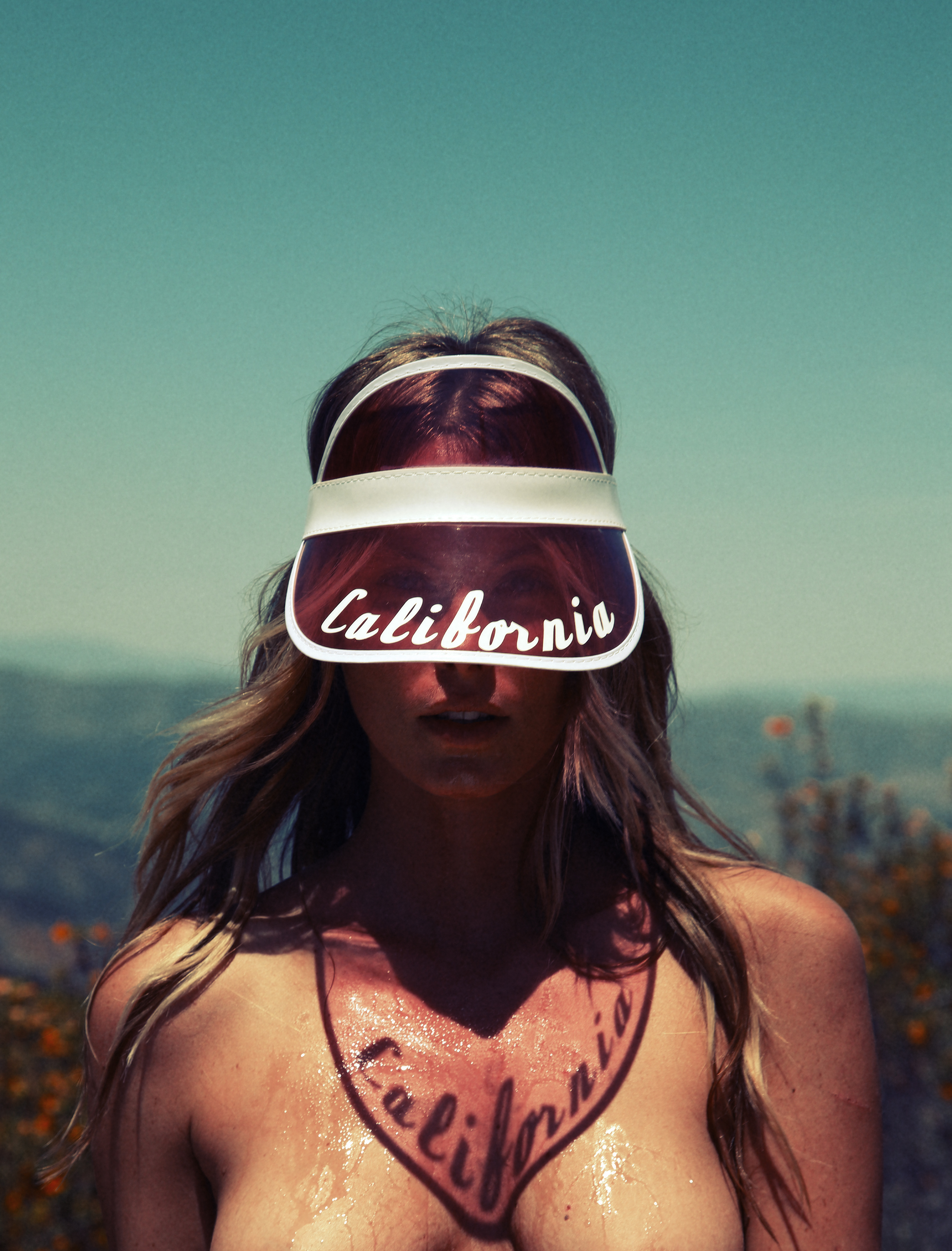 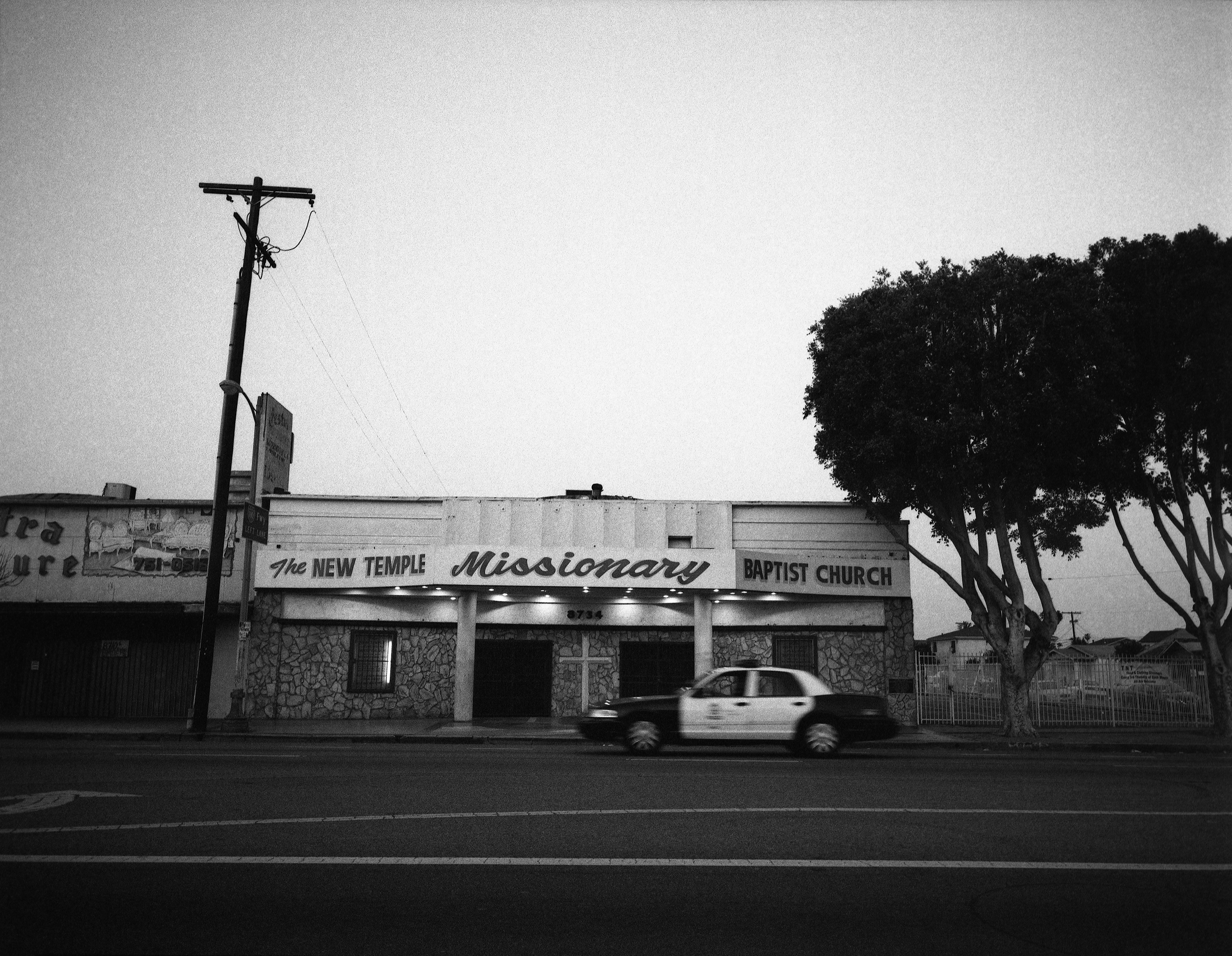 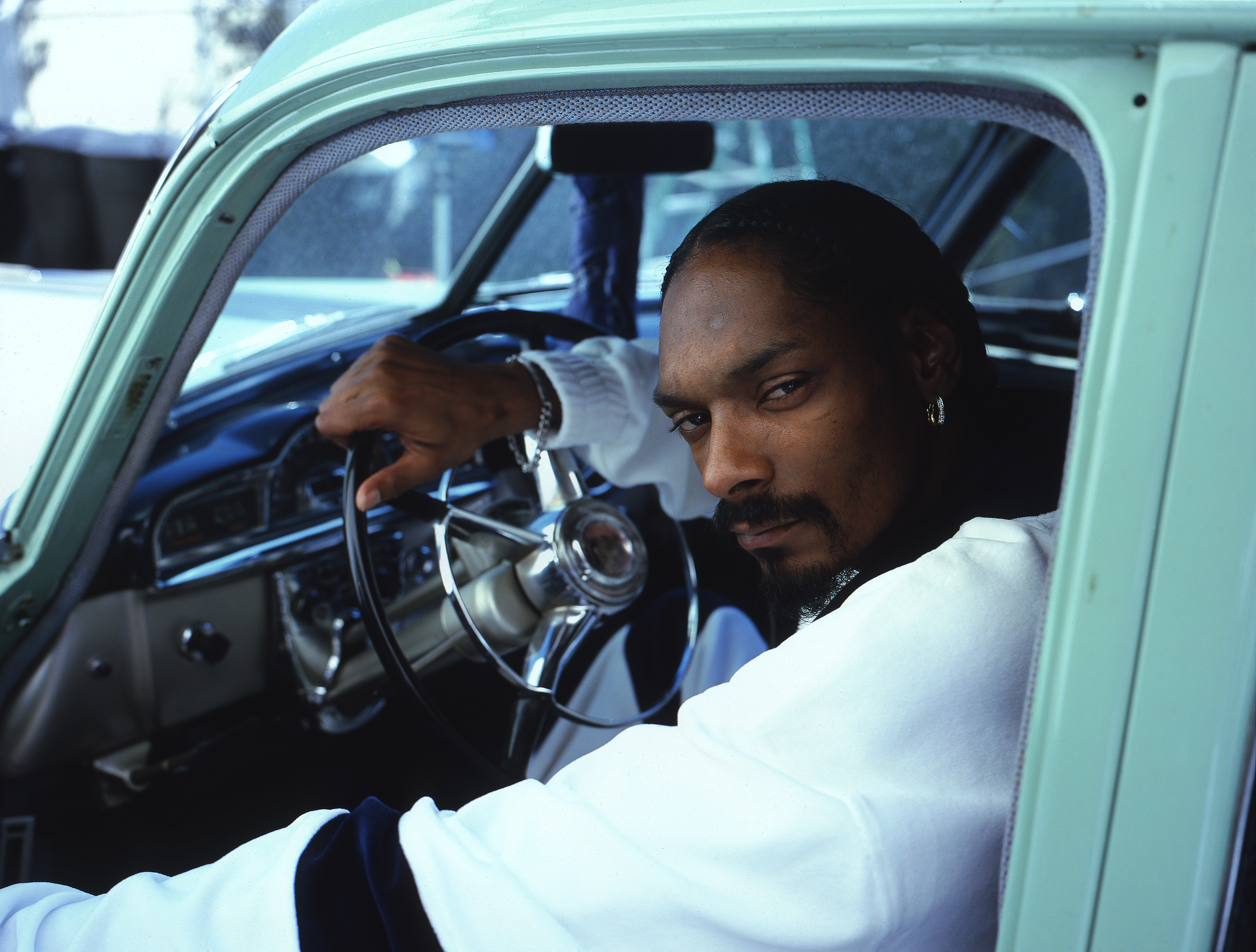 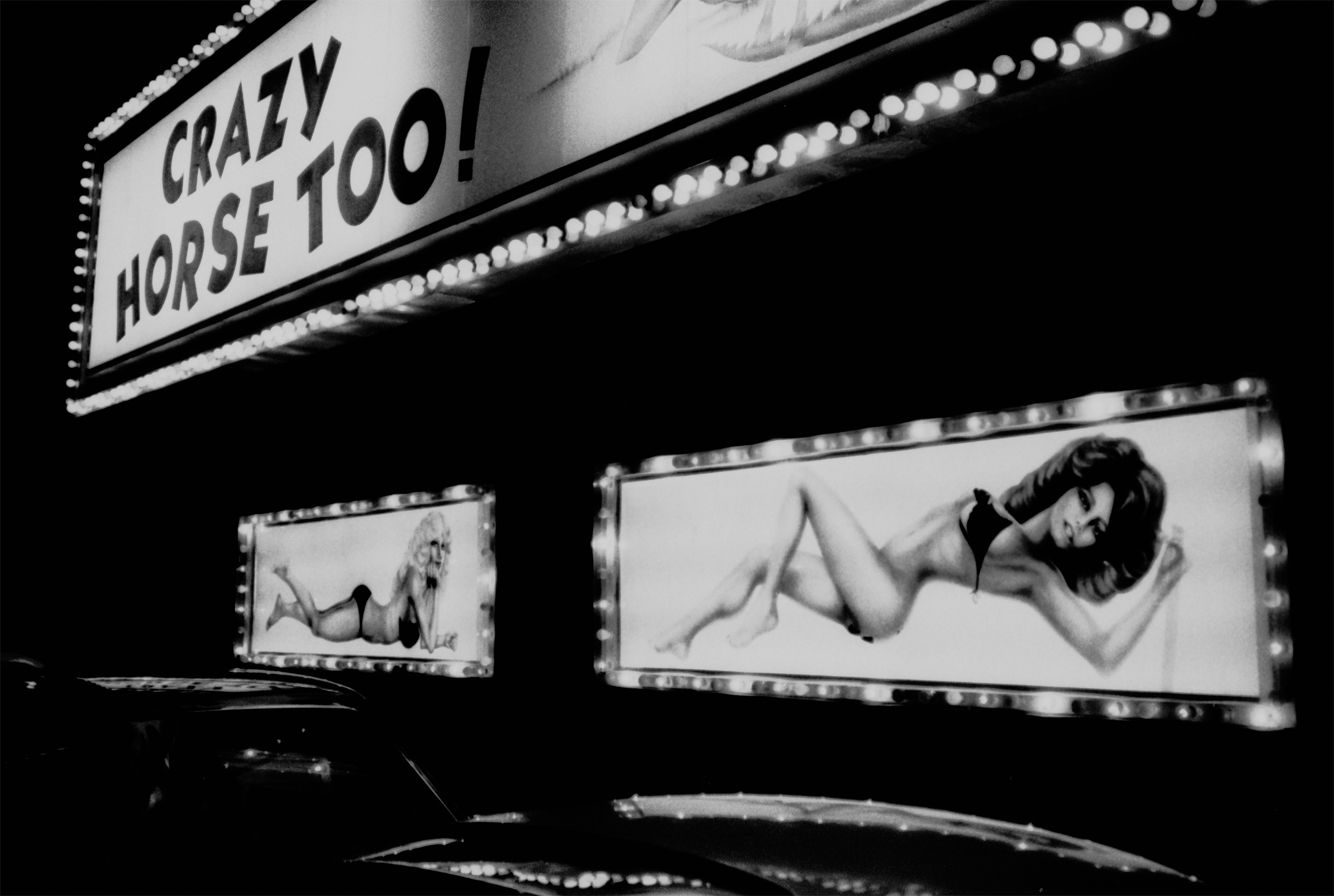 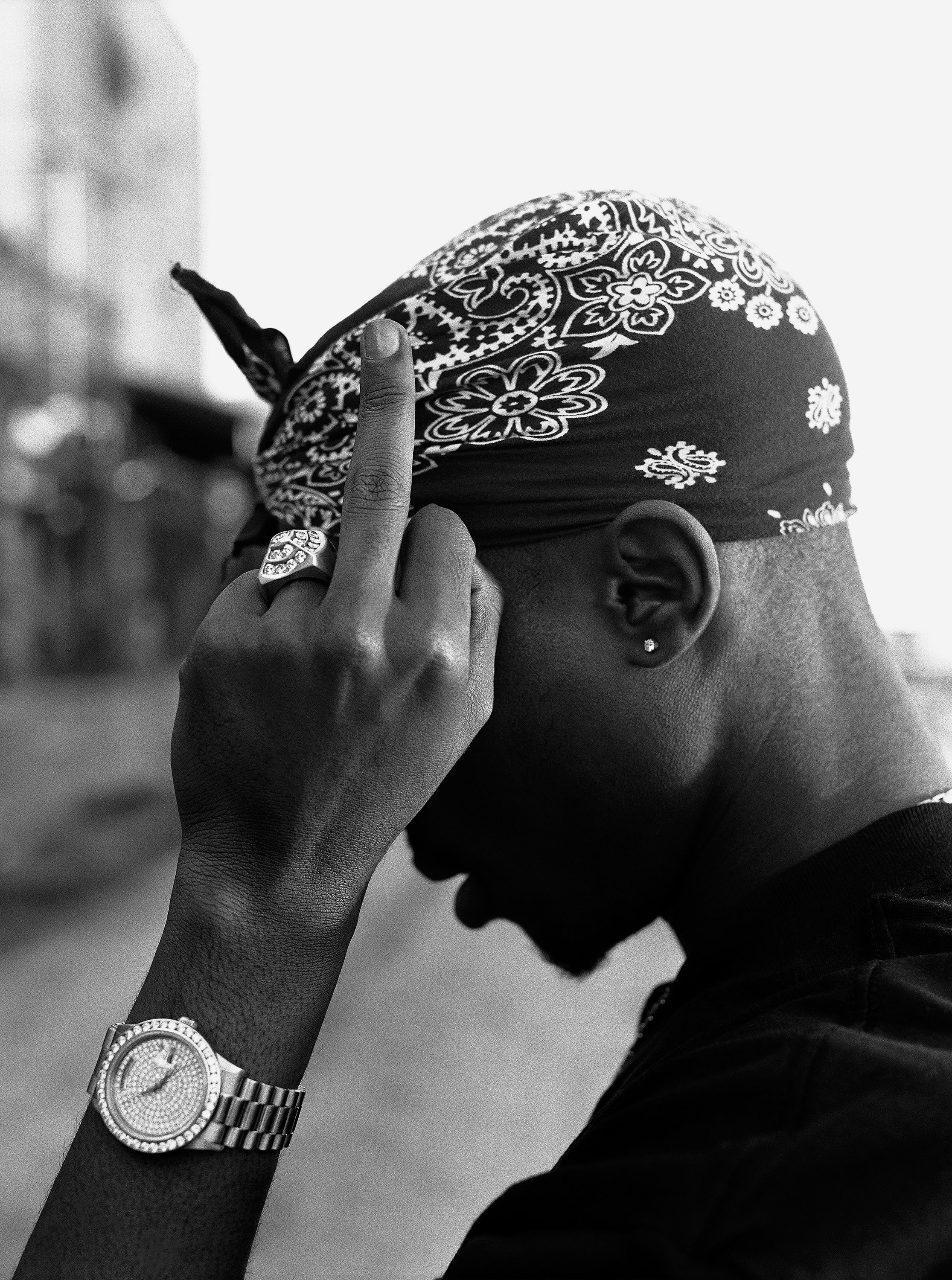 California Love is on view at M+B Photo, Los Angeles, through November 3, 2018.

Link to the artical can be found: here